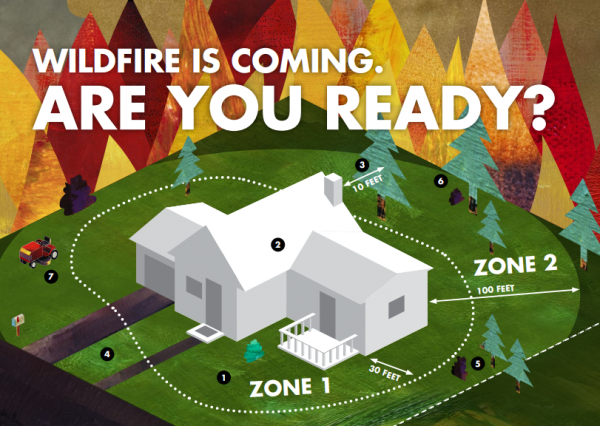 Prepare for Dry Weather... Wildfires can occur anywhere and can destroy homes, businesses, infrastructure, natural resources, and agriculture. For more information, download the How to Prepare for a Wildfire guide, which provides the basics of wildfires, explains how to protect yourself and your property, and details the steps to take now so that you can act quickly when you, your home, or your business is in danger.

For more information on wildfire preparedness, visit  Wildfire. Be Smart.

Keep your property lean and green to help protect your family and home.

Creating defensible space is essential to improve your home’s chance of surviving a wildfire. It’s the buffer you create between a building on your property and the grass, trees, shrubs, or any wildland area that surround it. This space is needed to slow or stop the spread of wildfire and it protects your home from catching fire—either from direct flame contact or radiant heat. Defensible space is also important for the protection of the firefighters defending your home. 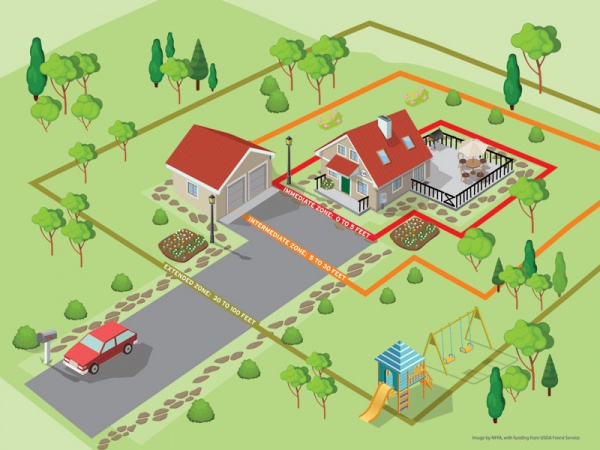 What is the Home Ignition Zone?

The concept of the home ignition zone was developed by retired USDA Forest Service fire scientist Jack Cohen in the late 1990s, following some breakthrough experimental research into how homes ignite due to the effects of radiant heat. The HIZ is divided into three zones.

The home and the area 0-5’ from the furthest attached exterior point of the home; defined as a non-combustible area.  Science tells us this is the most important zone to take immediate action on as it is the most vulnerable to embers. START WITH THE HOUSE ITSELF then move into the landscaping section of the Immediate Zone.

5-30’ from the furthest exterior point of the home. Landscaping/hardscaping- employing careful landscaping or creating breaks that can help influence and decrease fire behavior

30-100 feet, out to 200 feet. Landscaping – the goal here is not to eliminate fire but to interrupt fire’s path and keep flames smaller and on the ground.

*The distances listed for crown spacing are suggested based on NFPA 1144. However, the crown spacing needed to reduce/prevent crown fire potential could be significantly greater due to slope, the species of trees involved and other site specific conditions. Check with your local forestry professional to get advice on what is appropriate for your property.

Pine needles, leaves and other debris around your home create fuel for fires. As we move into summer, warm/dry conditions with Low humidity & wind, any fire to spread rapidly. Build on beyond 5 feet from your house. By addressing this area from 5 to 30 feet from your house you can influence and decrease fire behavior prior to it reaching your house.  http://www.readyforwildfire.org/Defensible-Space/

Wildland fires are a serious threat to lives and property in the U.S. The combination of drought, warmer temperatures, high winds and an excess of dried vegetation in forests and grasslands has made fire seasons progressively worse over the past 50 years. In the past decade, wildfires have burned over 60 million acres of these lands. According to the National Interagency Fire Center (NIFC), 2012 saw one of the worst fire seasons in decades, with over nine million acres burned.

NFPA President Jim Pauley talks about the wildfire problem and what is being done to combat it. To learn more, read Pauley's First Word column in the September/October issue of NFPA Journal.

Wildfire activity
CLICK HERE to find current wildfires activity across the U.S. The map is updated every 24 hours and developed by GeoMAC. 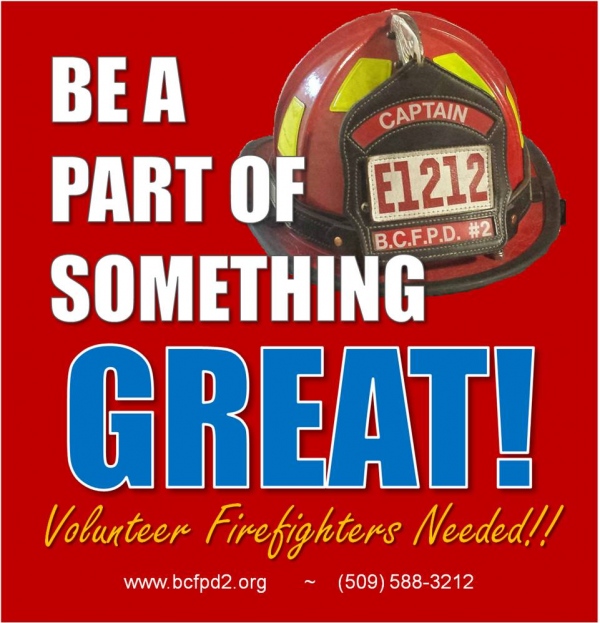 Public viewing can be
accessed thru Zoom 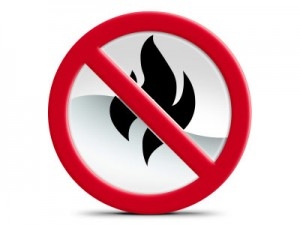 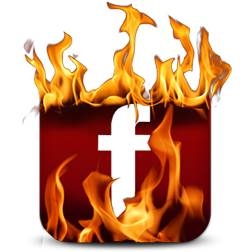 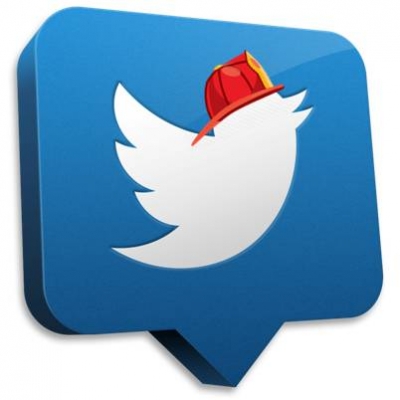